Foldable smartphones are still the attraction of smartphone manufacturers, and there seems to be little doubt that they are the preferred machines for high-purchasing consumers. Samsung is the leader, but there are suggestions from other manufacturers like Huawei, OPPO and even Xiaomi.

The successor to Huawei Mate Xs will arrive two years later, and the date has already been set.

About two years ago, Huawei introduced the foldable smartphone, the Huawei Mate Xs. While other proposals have already been released, the Mate Xs can still be considered one of the brand’s most innovative devices, with a SoC Kirin 990 5G and Falcon Wing design that deliver powerful performance that can deliver a complete user experience. facilities: smartphone and tablet.

Now is the time for the world to prepare for the arrival of a new foldable smartphone and a worthy successor to the Mate Xs in the hope that the success of foldable smartphones will increase. In fact, this year is expected to be a real turning point in the top segment with more folding models and more acceptance among consumers.

Although there is no global announcement, the information is official and Huawei shares in Weibo. The new Huawei folding Mate Xs 2, whose official name will be released, will be unveiled in China on April 28 at 7 pm (12:00 in Lisbon). 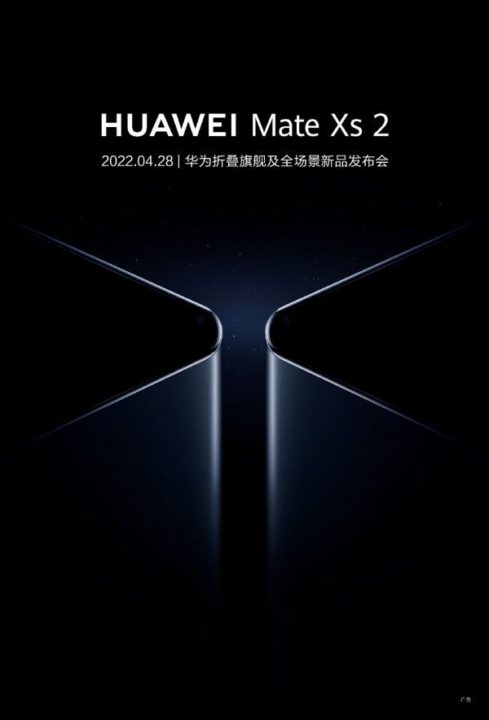 This new version, which arrives two years after the first, is expected to have improvements, namely the appearance of the prototype that will eventually be framed in the top segment to which it belongs.

There is not much information on the technical data, nor is it known whether this version will go on sale worldwide or whether it will be one of the folding ones limited to China.