Applications have been an indicator of Internet trends for a few years now. According to the most used services and platforms, it is clear what the user likes and consumes. So in the first quarter of 2022, TikTok was installed more than 3.5 billion times. The world has surrendered to this short video platform since 2018.

From the Sensor Tower report, which has information on app stores, you can see where the planet is going.

TikTok is the king of downloads

The growing popularity of TikTok is undeniable. In the Sensor Tower report on app store download data for the first quarter of 2022, TikTok was the world’s most downloaded app. While Meta’s applications are in the majority in the TOP 10, they are already losing ground in a giant platform of Asian origin.

According to information TikTok has been downloaded more than 3.5 billion times in the first quarter of this year. With these values, service has become the first non-Meta app to achieve these numbers.

The App Store is still strong, but Google Play is very strong

TikTok has been downloaded approximately 70 million times worldwide from the Apple App Store. Most of these downloads were for iPhones and a small amount for iPads. Despite a ban in India since June 2020, the social network in Asia grew 11% from the previous quarter.

In the case of Google Play, the same app received over 110 million. Despite these numbers, in the case of the Android world, the king is not TikTok, but Instagram. 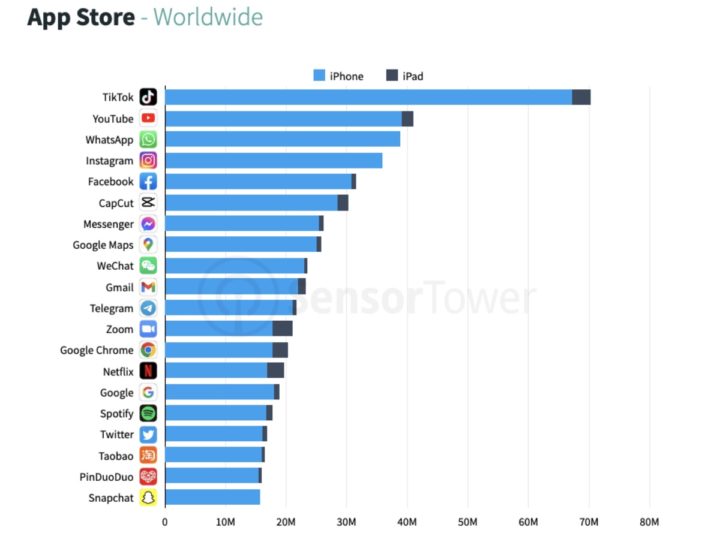 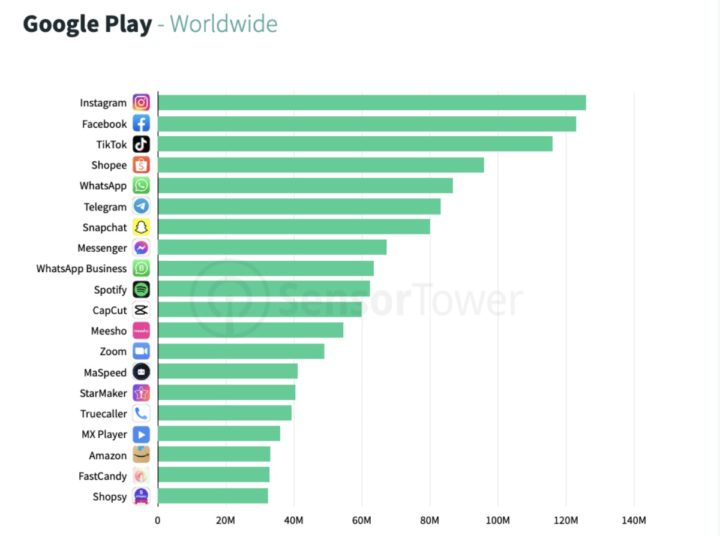 Europe is following the rest of the world ... But the Telegram has taken a leap!

If we look at the TOP of the two largest app stores in the world, we find that they are basically Meta and TikTok platforms. When we looked at the TOP of Europe, we found that the same five applications ranked first.

TikTok and WhatsApp are now two top spots, while Instagram dropped one point from last quarter to 4th place. The Telegram app performed best in Europe this quarter. It reached nearly 28 million installations. This has a lot to do with the conflict in Ukraine, as sanctions have given Telegram great importance in Russia, Ukraine and Turkey. 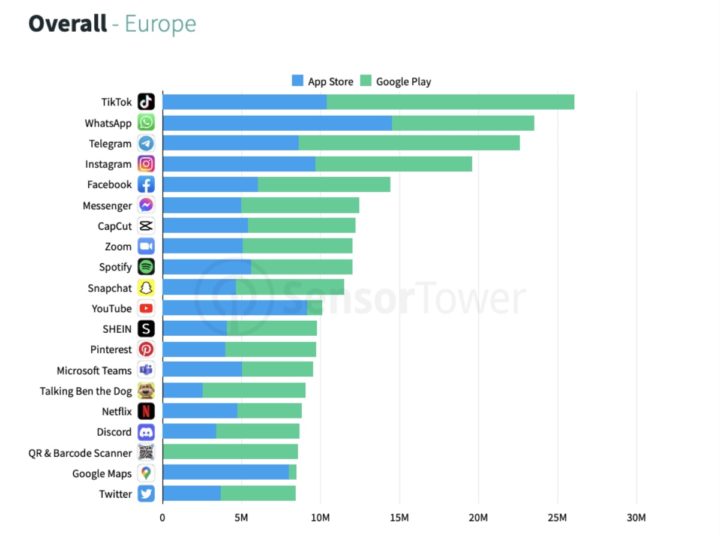 In the U.S., the values ​​also put TikTok in a big position, but YouTube isn’t rising from another place. As for Asia and since TikTok has twin brother Douyin in China, the table is led by Instagram and Facebook.

In short, the world surrendered to TikTok and the war brought other players into the communications segment. The Telegram may stand out from the crowd, but in entertainment, TikTok is still king.