The promise had remained in the air, something very important to the world of astronomy could be revealed. As promised, the first image of Sagittarius A *, a supermassive black hole in the center of the Milky Way, was unveiled this Thursday. With this discovery, the human eye has already captured two black holes.

This photo was taken by Event Horizon Telescope (EHT), a set of several telescopes.

Sagittarius A * is a supermassive black hole in the Milky Way

You will probably remember the excitement that was the first representation of a black hole image in the world of astronomy. At that time, a picture was taken of a supermassive black hole in the galaxy M87.

Founded in 2015, the EHT brought together experts at a press conference to present the picture, explain the process that led to its capture, and discuss what has actually been described, an event that exists in the heart of our galaxy.

Sagittarius A * (or Sgr A *) is not easy to capture, as no black hole is. While the team behind this achievement faced some special challenges, the picture is nonetheless an achievement for humanity.

Astronomers have already suspected the presence of Sgr A *, which is about 27,000 light-years from Earth, because the stars are orbited by something invisible, compact and very massive in the middle of the Milky Way, where the solar system is located.

The picture was obtained after data collected from observations made in 2017 had been processed and analyzed for five years using supercomputers.

Although the black holes in Sgr A * and M87 * are very similar, the hole in the middle of the Milky Way is about a thousand times smaller and less massive than the hole in the galaxy Messier 87.

In both black holes, the surrounding gas travels at the same speed, almost at the speed of light (and nothing is faster than the speed of light). However, it takes days to weeks for the gas to circulate the M87 *, and only minutes to complete one revolution around the Sgr A, making the gas's brightness and pattern very variable. 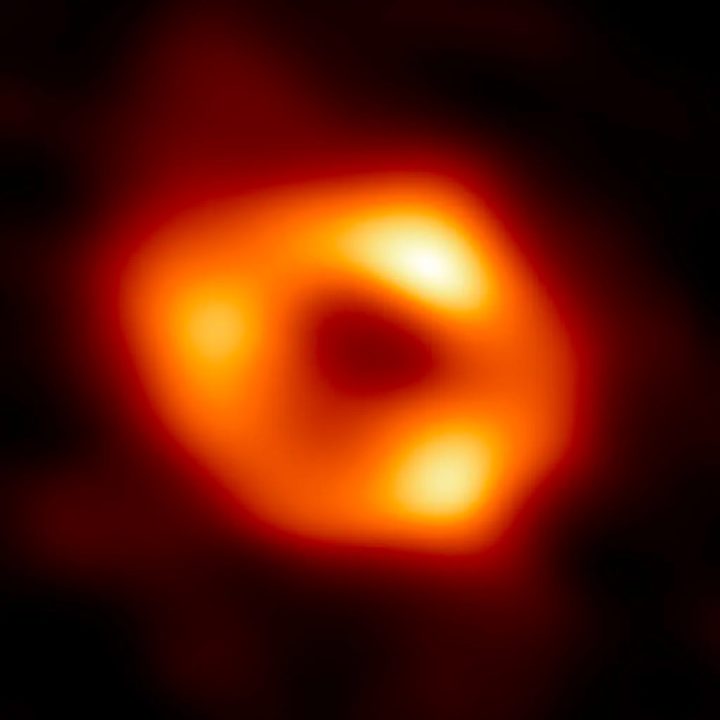 Despite the proven differences, these two black holes are within the predictions made by physicist Albert Einstein (1879-1955) in the general theory of relativity published in 1915. The results of Sgr A's image-generating work are described in six articles published in The Astrophysical Journal Letters.

According to the European Southern Observatory, an astronomical organization to which Portugal belongs, the Event Horizon Telescope team began “using new data to test theories and models” about the behavior of gas around supermassive black holes. A process that scientists believe is "playing a crucial role in the formation and evolution of galaxies."