Cryptocurrencies are a popular topic that almost everyone in the world knows about, or at least has heard of. However, this is a very volatile market and the values ​​currently offered by digital currencies may no longer be the same as they will be tomorrow.

In this way, recent data shows that the value of Ethereum’s cryptocurrency is already less than 2 thousand euros. And this figure is the lowest since July 2021.

The value of Ethereum continues to decline

The Ethereum is one of the best and most popular cryptocurrencies in the world after Bitcoin, of course. However, ETH is not going through a good phase and its value has fallen on several occasions.

According to data available through the CoinMarketCap platform this Thursday (12), the value of the digital currency is currently EUR 1 872.97 (the value determined at the time of writing). And this is the first time that Ethereum has reached such a low value since July 2021, when the peak was € 4,159.73. 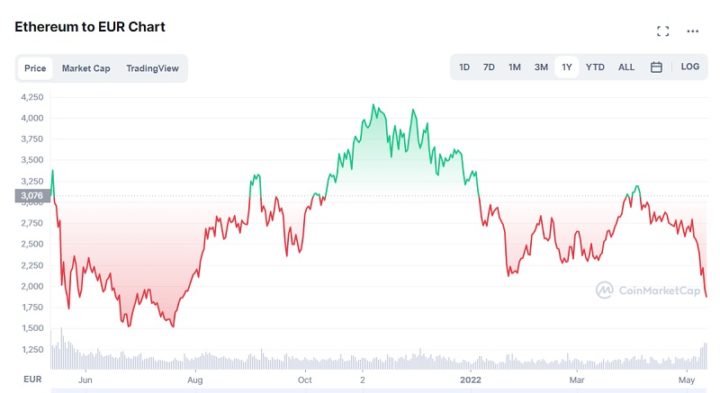 The difference between the current value and the average value over the last 24 hours is approximately 13%. However, this is not surprising, as anyone familiar with this market knows that it is quite volatile. 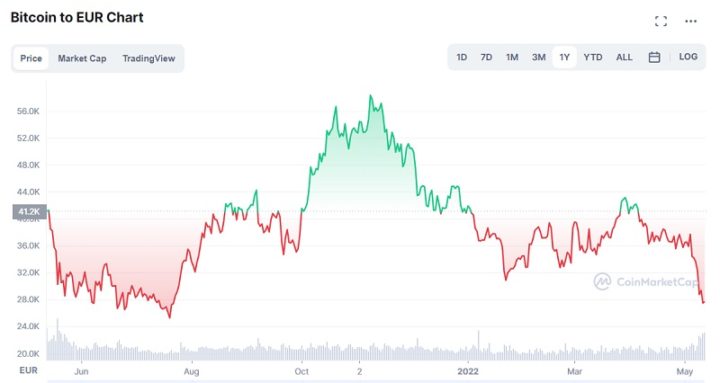 Experts point out that the reasons for the decline are related to global inflation and rising fuel prices. In addition, concerns about a possible economic downturn also have some impact on this reality.

On the other hand, it is mentioned that the decline in the value of cryptocurrencies is justified by the fact that many investors are selling their holdings while wanting to make safer, less volatile investments that are less dependent on speculation.

Have you invested in Ethereum?